A hat trick from captain Luke Bowen and one from Kristian Evans was enough to secure an impressive 4-1 win against neigbours Trefelin BGC in the JD Cymru South on a wet Saturday afternoon ay Ynys Park.

Manager Andy Hill has been tampered by a number of injuries this season and he named another changed team with Alex Gammond, Dan Alfei, Declan Evans, Mitchell Bates, Josh Jones, Rio Dyer and Tom Walters all unable to start due to injuries. Also bad news in the week will see midfielder Cameron Berry needing an operation on his ligament injury that will see him miss the remainder of the season.

The strong squad and thriving academy has given Hill many tools for the long season though and this allowed Luis Bates and Callum Saunders to continue in defence after impressive displays in recent weeks with colossal centre back Kristian Evans returning after a 3 game league suspension in front of the fit again number one Rhys Wilson.

In midfield Keiran Williams moved back into the centre alongside Jack Hurley who was playing his final game before moving to Dubai for 6 months with a change in career, McCauley Power continued on the right with Connor Goldsworthy returning on the left flank.

Cullen Kinsella and Tyler Brock were picked to support Luke Bowen up front.

Although still unbeaten in the season the Reds had endured a frustrating run of results seeing 5 draws in the last 6 league games.

The hosts had enjoyed a good run of 6 wins and a draw in their last 7 games in all competitions after an indifferent start to the season under new manager Andrew Mumford.

Referee Joshua Howells started proceedings at a wet Ynys Park with the pitch in good condition after all the overnight rain.

Ferry attacking the clubhouse end in their alternate yellow and black kit started the game confidently with a number of corners and attacks down the right and side with Luis Bates, McCauley Power and Tyler Brock linking up well.

The early domination was rewarded on 13 minutes when a Cullen Kinsella corner was only cleared to the feet of Luke Bowen, he readjusted and sent a left foot curler beyond Keenan Bailey from 10 yards to make it 1-0. 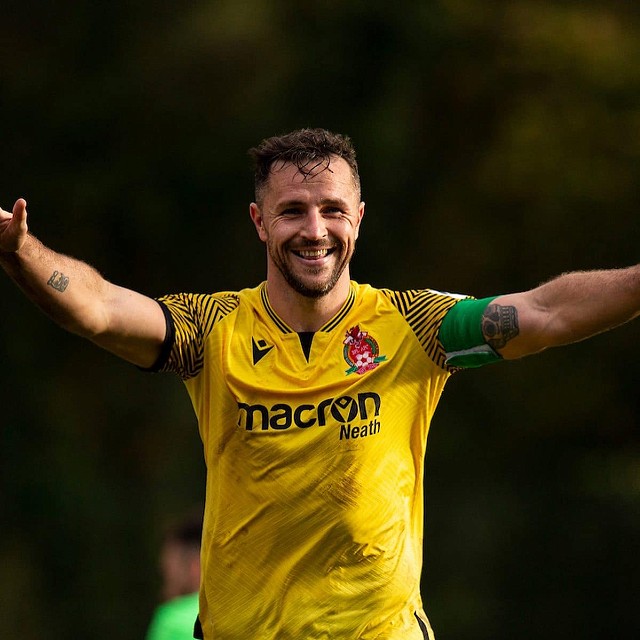 The lead was short lived though and on 18 minutes winger Mason Jones-Thomas drifted in from the left hand side and unleashed a powerful 25 yard shot that moved in the air and over the reach of Wilson for 1-1.

On 25 minutes the large travelling support had more to cheer with an other corner this time from Keiran Williams giving 6ft 8 centre back Kristian Evans an easy glancing header on the six yard box for 2-1. 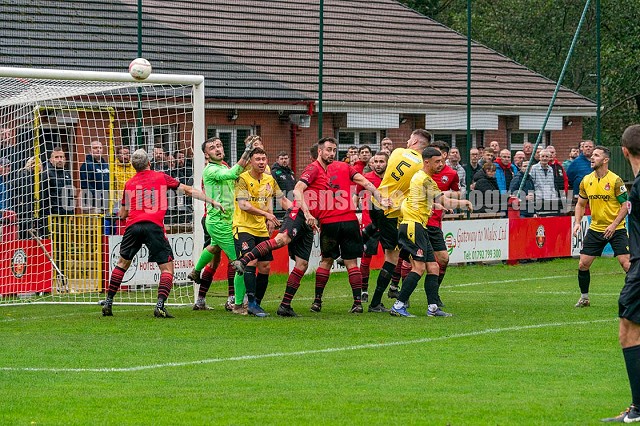 The remainder of the second half saw a solid defensive display and confident gameplay although no real more opportunities to note with the teams returning to the changing rooms at 2-1.

No changes for either team at half time but it didnt take long for a change in the scoreline, only 2 minutes into the second half Jack Hurley released Connor Goldsworthy on the left, the 24 year old left footer signed from Llantwit Major tricked his way past a Trefelin defender before perfectly lofting a cross onto the diving head of Bowen for 3-1. 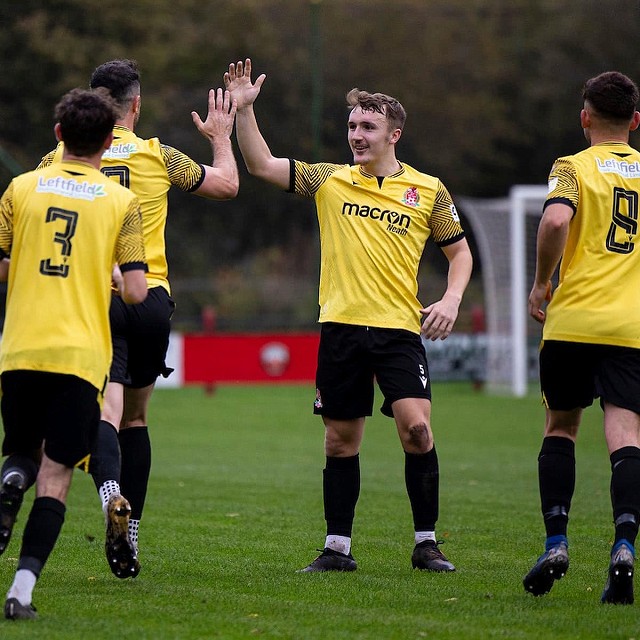 Trefelin manager Mumford then rung changes with the introduction of lively forward Roan Piper and Steve Berry in midfield in place of ex-Ferry midfielder Scott Tomlinson and Mason Jones-Thomas.

Within minutes of the changes though the lead was improved with Bowen sealing his hat-trick on 62 minutes with another header met with aplomb past the despairing dive of Bailey, the goal Bowen's ninth in nine Cymru South games. 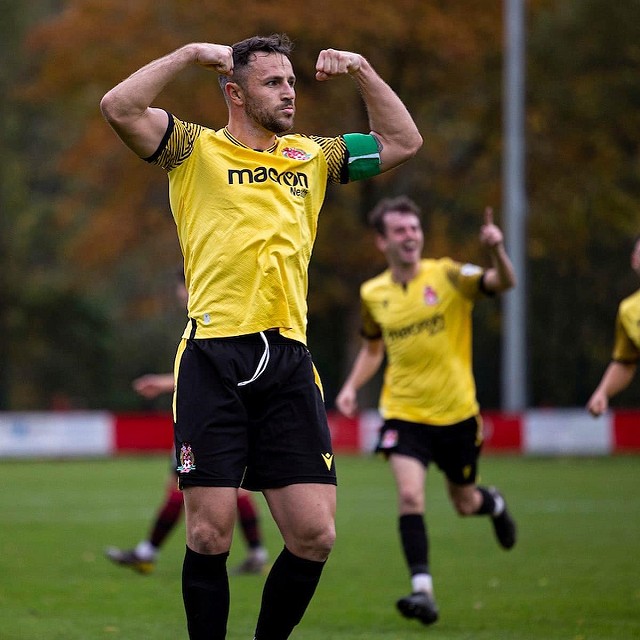 Academy hopefulls Cory Woods and Jasper Payne got more senior minutes under their belts shorlty after with Woods and home midfielder Jordan Davies both receiving yellow cards after a physical alteration on 80 minutes that interupted play for 5 minutes while it was dealt with by referee Howells.

The final say went to Jack Hurley who was replaced at the end with the away supporters and dugout paying credit to the midfielder in his last game until returning in March. 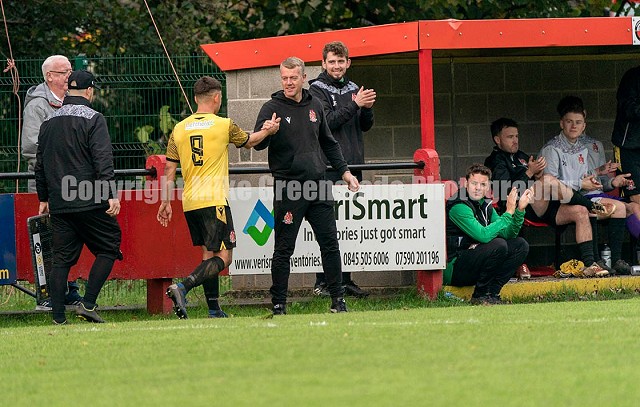 An excellent performance and result for Hills men who now host Ammanford at Old Road this coming Friday 7.30pm in the JD Cymru South before the Welsh Cup trip to Mold a week later.